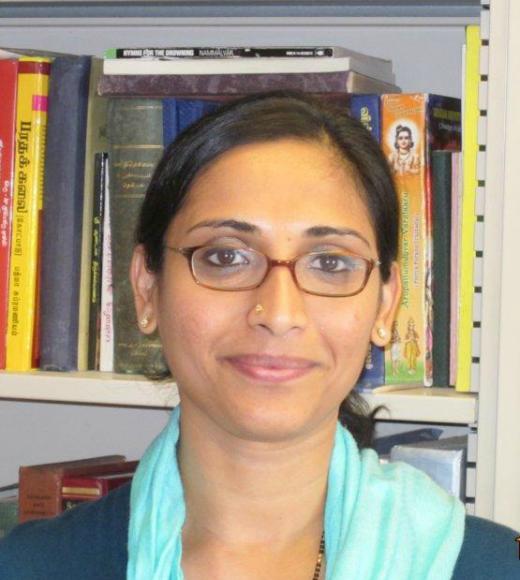 Archana Venkatesan is an Associate Professor of Comparative Literature and Religious Studies at the University of California, Davis. Her research interests are in the intersection of text, image and performance in South India. The recipient of numerous grants, including from the National Endowment for the Arts and the National Endowment for the Humanities, she was named a UC Davis Chancellor’s Fellow in 2014. Archana is the author of The Secret Garland: Āṇṭāḷ’s Tiruppāvai and Nācciyār Tirumoḻi (2010), A Hundred Measures of Time: Nammāḻvār’s Tiruviruttam (2014), and with Crispin Branfoot, In Andal’s Garden: Art, Ornament and Devotion in Srivilliputtur (2015). She is currently working on a project on nine interconnected Viṣṇu temples in Tamil Nadu known as the Nava Tirupati. Read more about Archana Venkatesan's research and activities.